I’m not sure where I heard of Uniformes Generale but I became aware of them last winter (2014). I bought a padded jacket – liked it so much I bought a second.

For their Spring/Summer 2015 collection they produced an M65 jacket.  For a long while I’ve been considering whether I should add an M65 to my wardrobe.  The M65 has been, as Uniformes Generale acknowledge on their web site, “reworked by every seminal brand from C.P Company to Visvim”.  The M65 jacket is one of many menswear classic that’s come almost unchanged straight from the military.  It features as one of the “Icons of Men’s Style” in the book by Josh Sims.

My usual fall back is to go to the source.  That is look for something authentic.  For the M65 and other military coats (Parka’s, Peacoats) my first stop is Alpha Industries.  They have contracts to provide clothing to the US army.  Their jackets are well constructed, hard wearing, not without style and value for money.  However with the M65 I felt that many of the ones I’ve seen look too authentic.  I’ve not been in the army and don’t want to look like I have or that I’m still in, just having a day off.

So I returned to Uniformes Generale to look at their spring summer season and decided to go for their version of the M65 in black. Well I wanted a black jacket for summer.  The UG M65 jacket looks authentic but with more of style; they’re well constructed with good quality materials, all at a reasonable price. 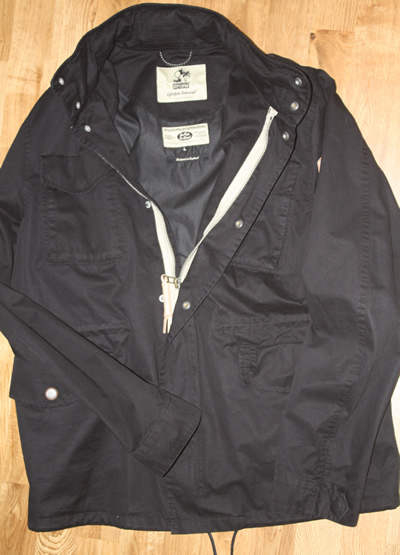 The UG jackets are made in China, 100% cotton and machine washable.

On the inside the cotton feels like it’s been treated so that it’s water repellent. If there was a down side (which there isn’t really) it would be that with other M65’s you can add in a lining which means they can be worn throughout the year.  The UG M65 jacket doesn’t have this flexibility however I think it will be great as a layering piece come the autumn, worn under a Barbour, trench coat or parka.  I’ll have to try this out as it gets colder.

In fact I liked it so much I returned to buy a second.  This time in a more traditional Khaki.  Since I’ve acquired them I’m not sure what I did with out them. 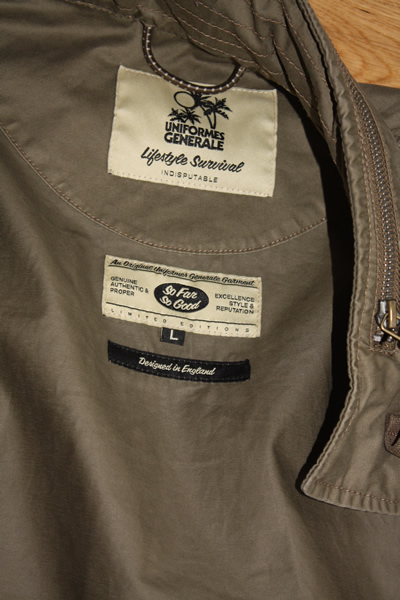 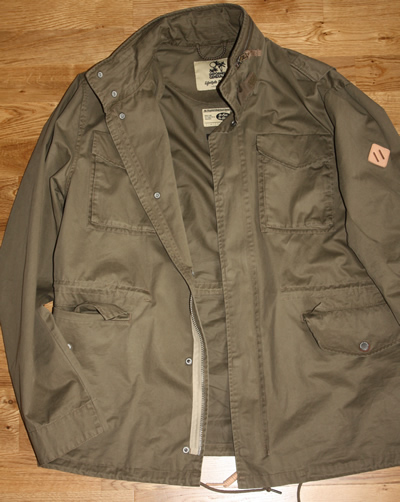 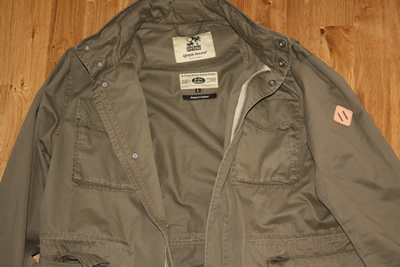